Power over Ethernet - What is it ?

Power over Ethernet or as it is most commonly referred to “PoE” is a standards based implementation of power distribution using the same wiring on a twisted pair Ethernet network.


Essentially it is a method where a power source (the standard defines it as PSE - Power Source Element) is connected to the network wiring to deliver power to the other end to the cable to a device (the standard calls it the PD - Powered Device.)


This method was introduced around the year 2000 by Cisco Systems to deliver power to their new line of VoIP (Voice over IP) phones. 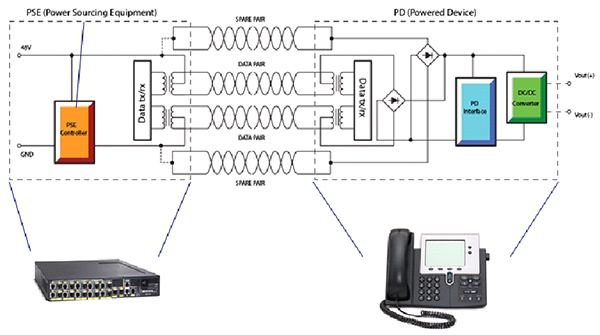 Basically the trick was to use the unused extra pairs on the Ethernet cable to carry DC power from the PSE to the PD. While today the most common implementation is to have the PSE integrated into the Ethernet switch, power can be “injected” in the middle of the wiring, what the standard calls Mid-Span.

To ensure interoperability the IEEE developed a standardized version of PoE as part of the 802.3 Ethernet Standard, the first version was issued on 2003 as 802.3af that defined how to deliver up to 13W of power to the PD using Cat3 or Cat5 cable, with the option of running the DC power on the same pairs as data (Mode A) or using the spare wires on 10/100BaseTX (Mode B.) 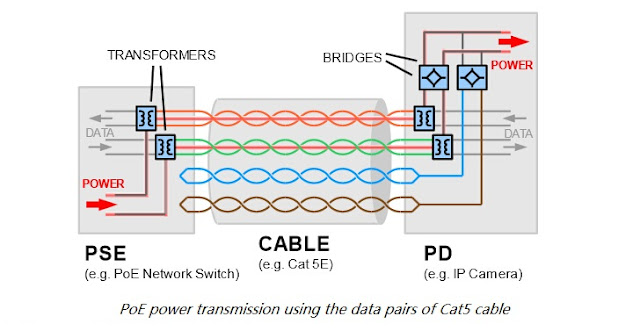 Over the years the standard evolved, first to 802.3at or PoE+ for up to ~25W and supporting Gigabit networks, to lately 802.3bt for up to 51-71W of power. The following table from Wikipedia shows a nice table with a comparison of the different PoE parameters for each version of the standard. 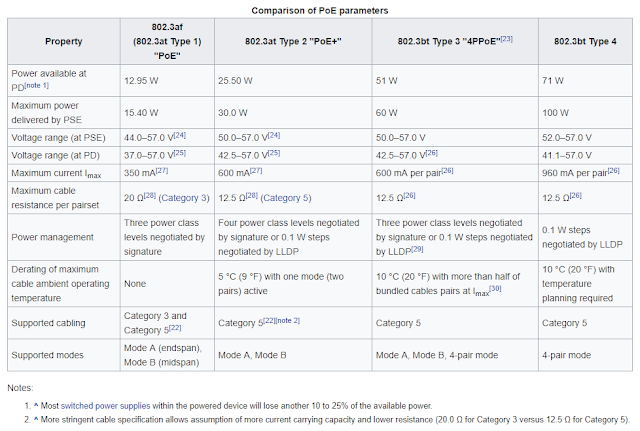 To optimize power usage and delivery, the standard classifies the power devices in various classes depending the amount of power they require and there is a sequencing or stages that establish how power is turned on and how much of it. IEEE 802.3 complaint implementations of PoE must follow this sort of electronic negotiation which requires a semi-smart controller on both sides of the network.

The following figure shows the stages of power negotiation and delivery for 802.3af/at

Be aware that there are non-compliant implementations of power delivery over the Ethernet cables that are improperly also called “PoE,” some of these implementations consist on just a power supply injected into the spare wires of the Ethernet cable without any negotiation/sequencing and maximum amount of power is often limited and not protected. These type of power injectors became very popular for installations of Webcams.

Over the next few weeks I’ll be publishing a series of “What is on the bench” articles about different options about how to implement and embed it on your designs for Powered devices, there are various companies that make things very easy with PoE ready modules, and others that provide the key components and reference designs. 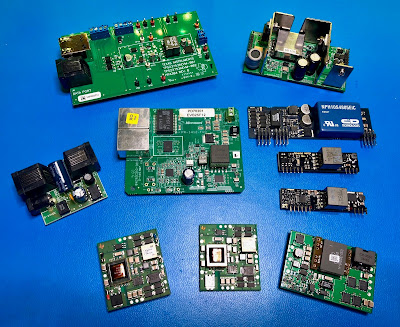 
This is a very interesting TEDx Berlin presentation I had to watch for my IoT (Internet of Things) Masters course.

Surprisingly 35% of carbon emissions come from buildings, which can be substantially reduced by applying modern technologies and sustainable development. 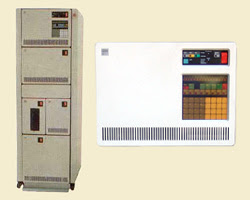 Building automation was a subject that grabbed my attention more than 30 years ago while working at IBM with the Series/1 computer. This system was designed for real time applications, one of them building control and automation. At that time Internet was still in its early days and modern computer networks where just in their infancy. Many systems and technologies were proprietary and there was minimal interoperability, and IoT was not even on the radar screen.

Nowadays with the ubiquity of the Internet, advances in technology, particularly on IoT and Big Data, it became feasible and commercially viable and redituable to develop sustainable or smart buildings, and the same concept can be used for developing smart cities. 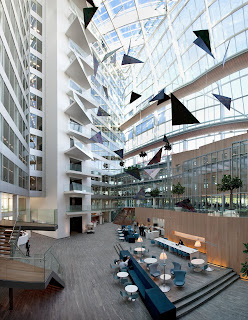 As shown in the TEDx presentation by Coen van Oostrom, "The Edge" building is a clear demonstration on how the convergence of modern technologies with a sustainable development approach can enable the construction of more efficient and practical commercial building.

"The Edge" is not only consider sustainable and smart just because of the technology, but also as the way it is utilized by Deloitte (the principal tenant) to create a working space where no one has a desk, a new approach that goes beyond coworking spaces, in this case it is called hotdesking.

Your desk or space on the building is allocated based on your plans and preferences for the day. You drive an electric car, no problem the parking on the building includes plenty of charging places and your vehicle is recognized by its license plate and you are directed to your parking spot for the day. 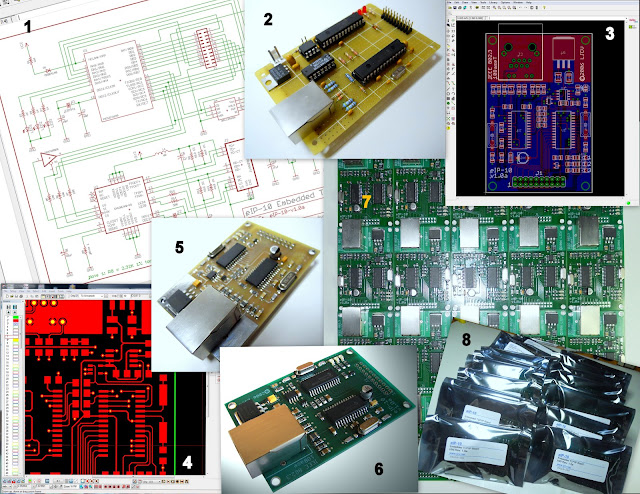 Many years ago I started using these Blogs to record and to share what I learned from my R&D work in technology particularly Digital Electronics or Embedded Design.

Also one of my hobbies has been what may be called "Retrocomputing" sort of having a little fun with old computers, some electronics tools and gadgets.

Due to time constraint I sort of abandoned the practice of writing new articles and updating these Blogs. Well I decided that it is time to get back and refresh this corner on the websphere reorganizing these pages and getting back into the habit to write new articles and keep this updated.

To have the content somehow organized I will keep three associated but specifically focused Blogs.


Some of these pages had some previous articles, some of them I put them in draft mode so I can check and update their content and republish.

I continue to generate a daily digital News Paper called Short Circuit that is generated automatically from various feeds I provide. I will also be updating those sources for more rich contact.

To those that have been writing me asking about old projects and when I'd be back... well this is the answer :-)